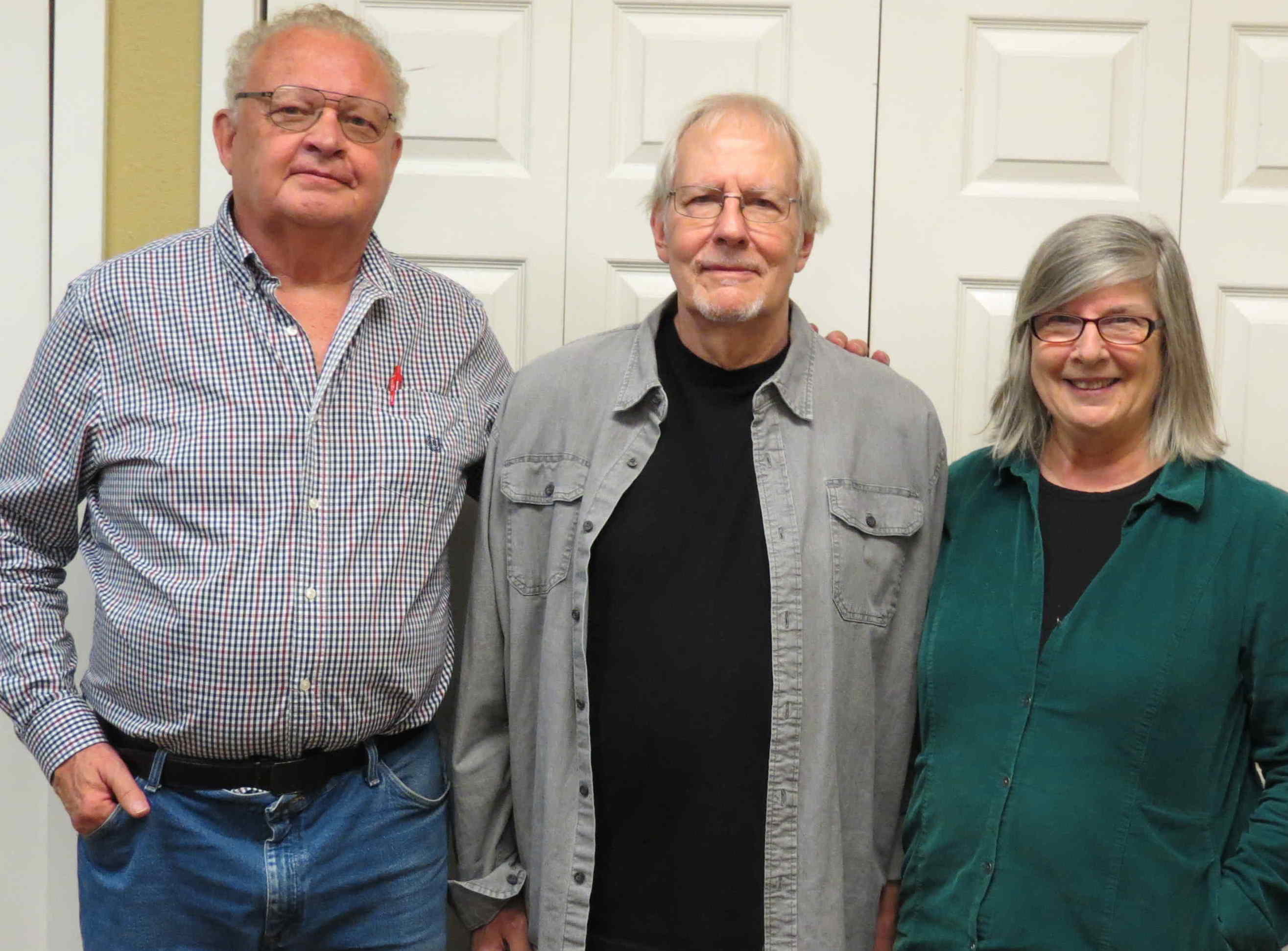 Sherwood Bishop, president of the San Marcos Greenbelt Alliance and one of its founders in 1998, is Thorne Dreyer's guest on Rag Radio. We are also joined by local activist and Rag Radio regular, Alice Embree.
The San Marcos Greenbelt Alliance, now in its 23rd year, is aiming for, and achieving, goals that are unique in Texas and in the U.S. Working with local governments and other groups, they have almost completed a "wreath" of parkland encircling the city. They are also developing an interconnected system of trails that will not only connect thousands of acres of preserves and green spaces to each other, but will also serve as an alternative transportation system for bicycles and pedestrians that will connect the neighborhoods of San Marcos to downtown, the Texas State University campus, and other city centers. The trails will pass under railroads, highways, and most major streets.
SMGA is also working with people in nearby towns to develop the Emerald Crown Trail, which will connect the cities of eastern Hays County, and which will connect to the Violet Crown Trail which begins on Lady Bird Lake in Austin. Sherwood Bishop, who grew up in South Houston, is a senior lecturer in economics at Texas State University. He has chaired the San Marcos Parks and Recreation Board and the San Marcos Planning and Zoning Commission. He was one of the founders of the San Marcos Greenbelt Alliance in 1998 and is currently serving as its president. A political and social activist since the late '60s, Sherwood worked with Rag Radio host Thorne Dreyer on Space City!, Houston's historic underground newspaper. Sherwood has worked for numerous community, peace and justice, and environmental groups, and as a freelance journalist. In the early 1990s he established one of the first Internet web sites at the University of Texas at Austin, and was the only U.S. citizen to ever work as an advisor to the Mexican Senate. He has served as president of the New Journalism Project -- publisher of The Rag Blog and NJP Books and sponsor of Rag Radio -- since 2014.
Rag Radio is produced in the studios of KOOP 91.7-FM, an all-volunteer, cooperatively-run, solar powered community radio station in Austin, Texas, in association with The Rag Blog and the New Journalism Project, a Texas 501(c)(3) nonprofit. It is streamed live on the Internet at KOOP.org and Radio Free America. The host and producer of Rag Radio, Thorne Dreyer, is a prominent Austin-based activist and writer who was a pioneer of the ’60s underground press movement. The show’s engineer and co-producer is Tracey Schulz and the staff photographer is Roger Baker; Suzy Shelor is Rag Radio associate; Alice Embree is guest host; Glenn Smith and Roy Casagranda are our political analysts, and Evan Hearn is the Rag Radio apprentice. The syndicated show is broadcast (and streamed) live Fridays, 2-3 p.m. Central) on KOOP, and is later rebroadcast and streamed on WFTE-FM in Mt. Cobb and Scranton, PA., on Houston Pacifica's KPFT HD-3 90.1, by KKRN, 88.5-FM in Round Mountain,  CA, and at WALHRadio.com in Wilmington, OH -- and as a featured podcast at Veterans Today. Learn more about Rag Radio here.
Running time: 55:28
Contact:  ragradio@koop.org.